U.S. Armament Corp is proud to release our newest museum quality firearm, the 1889 Nordenfelt. In the traditions of our iconic 1877 Bulldog Gatling Gun, each of these guns is meticulously handcrafted with the highest attention to detail and quality. 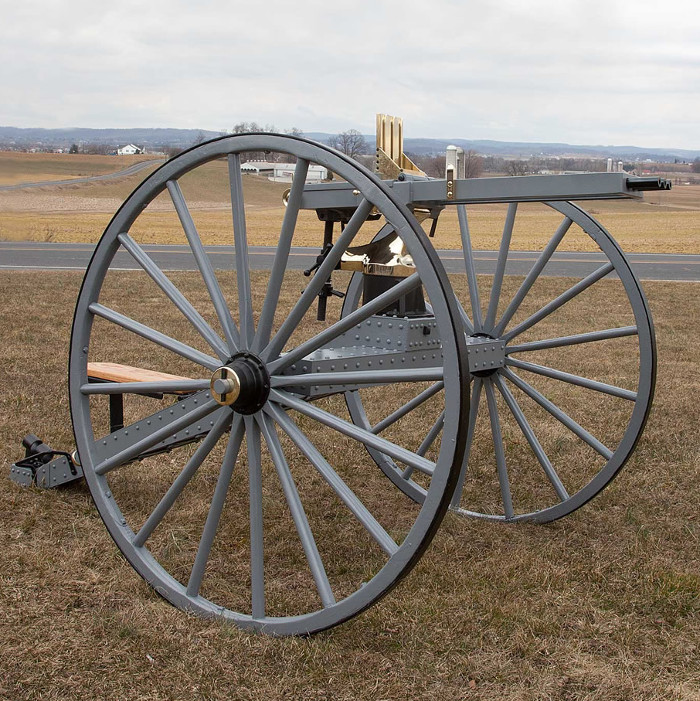 The Nordenfelt is a manually operated “Volley Gun” that was in use roughly at the same time of the Gatling. Originally designed by Helge Palmcrantz and patented by Thorsten Nordenfelt of Sweden, the original guns were available anywhere between 2 to 10 barreled versions and in varying calibers.

Unlike the crank style of operation used by Gatling, Nordenfelts operate with a horizontal, back and forth, lever action that fires all barrels at nearly the same time. Most commonly used by the British Royal Navy, this gun was valued as an anti-ship deterrent.

Our Model 1889 in .45-70 Govt. version features 3 side-by-side barrels and is available on either a naval mount or carriage configuration. 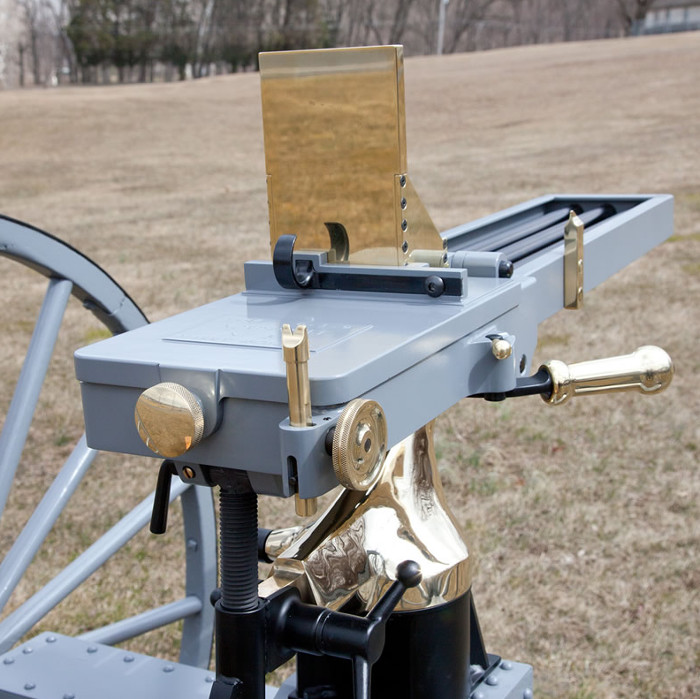 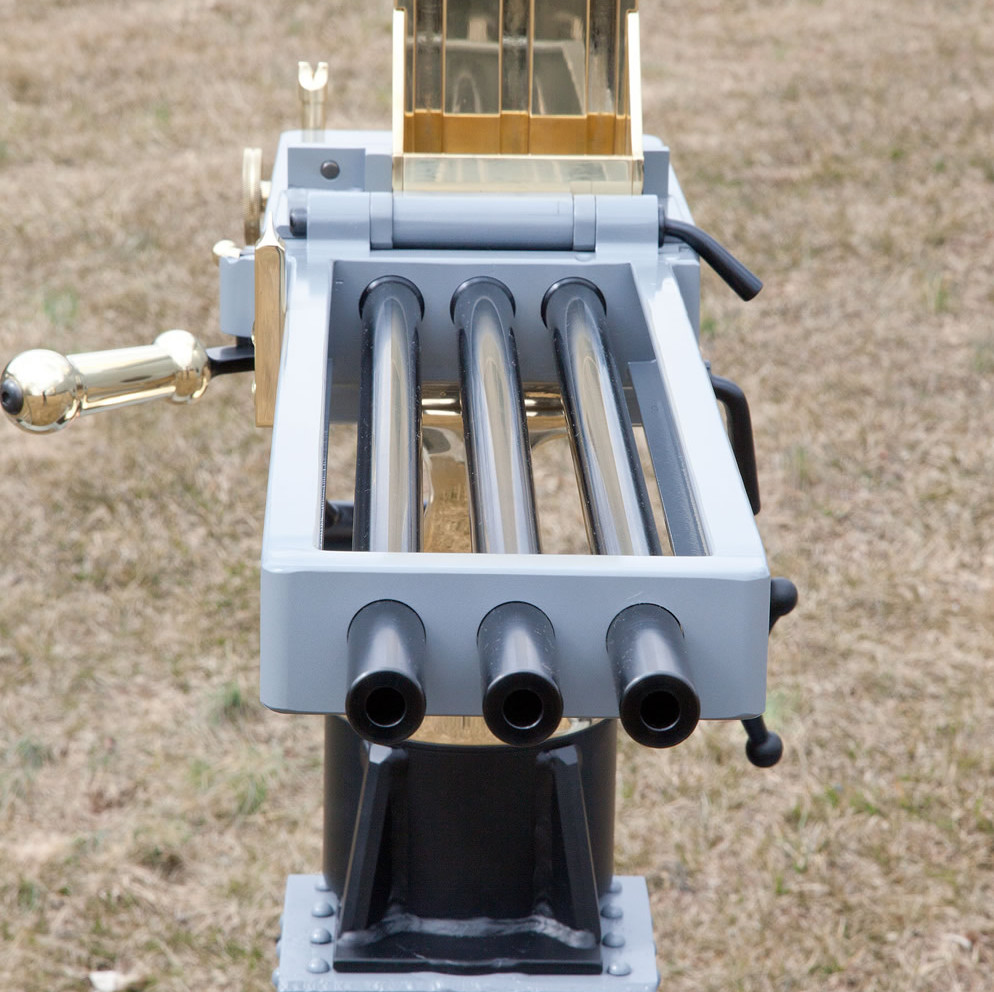 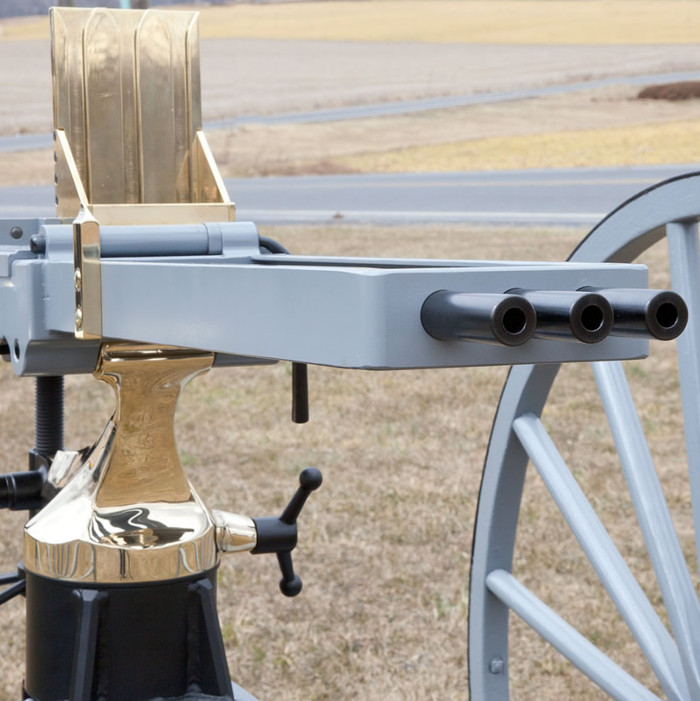 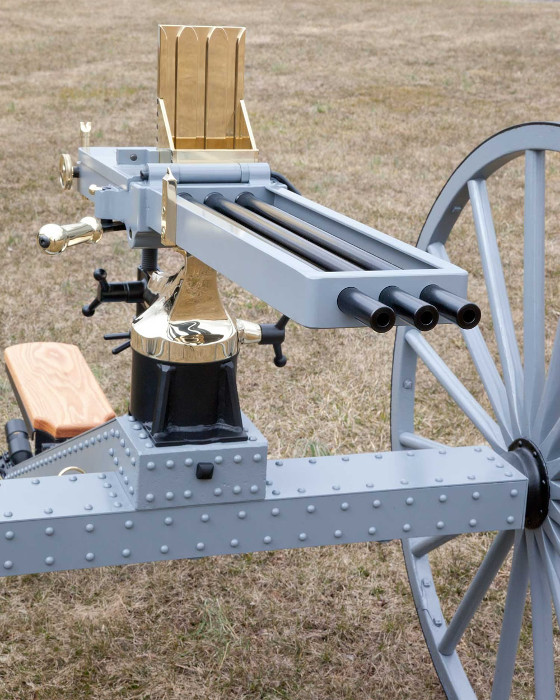 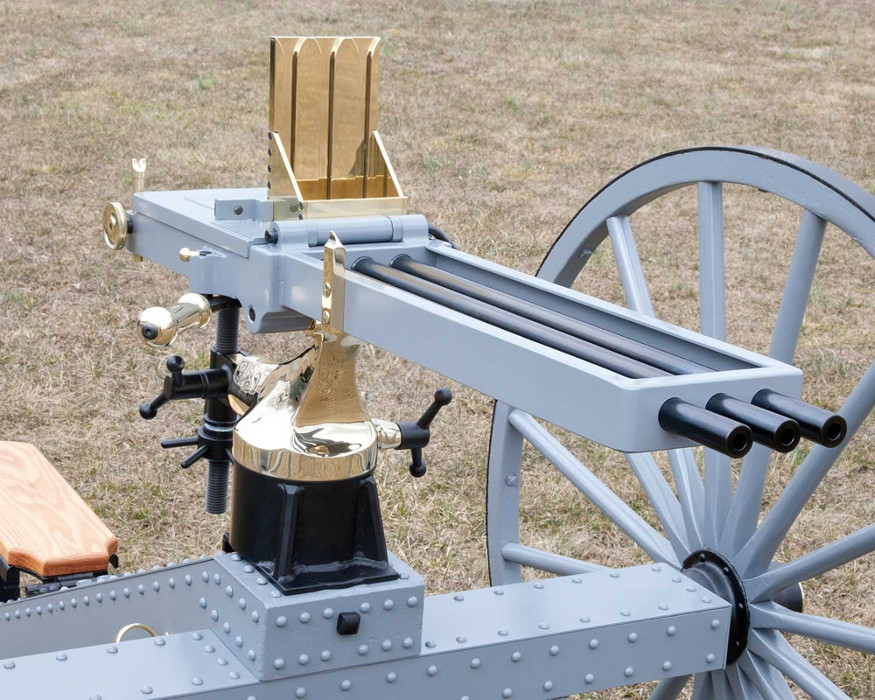 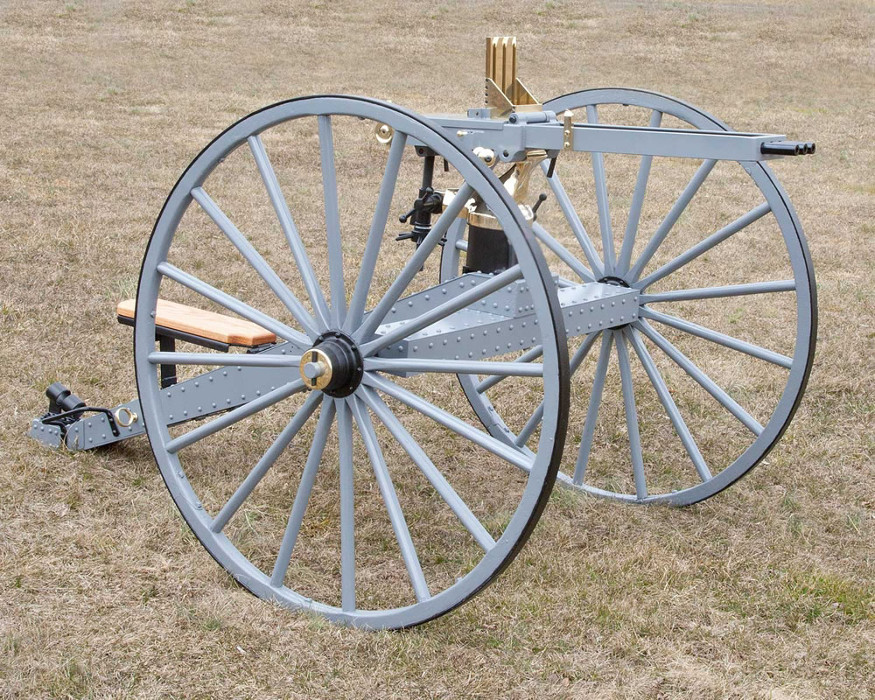 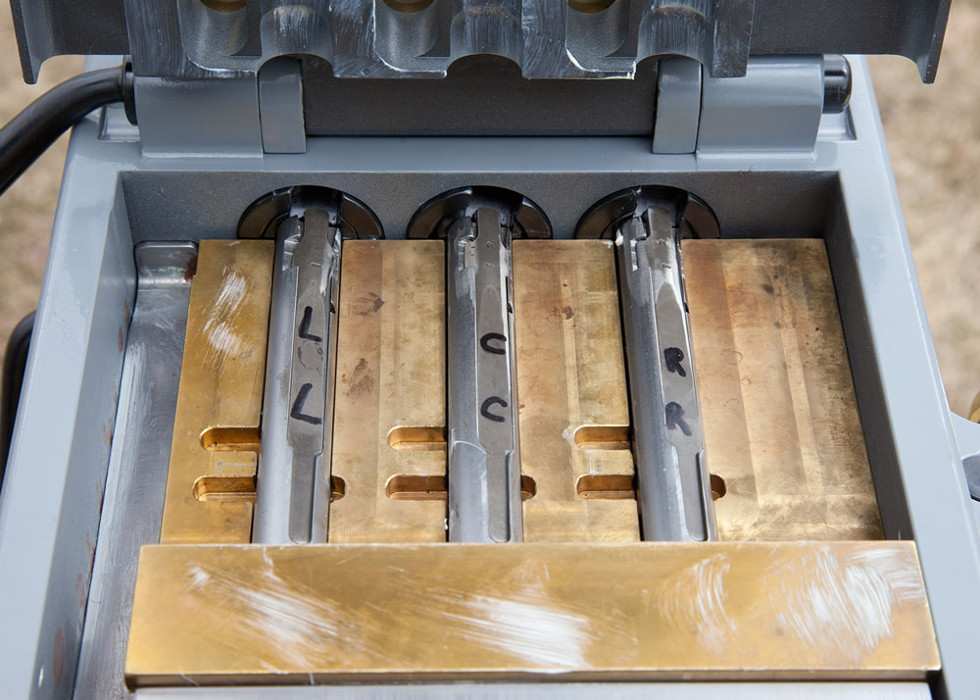 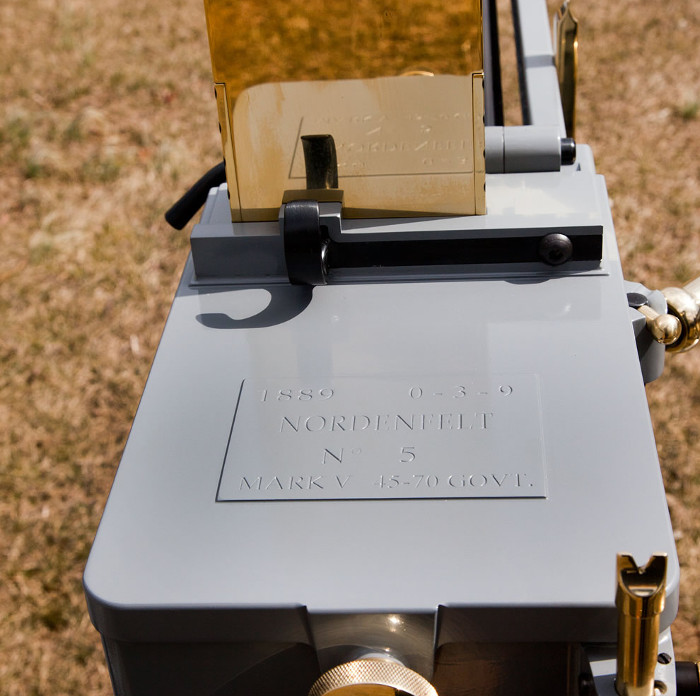